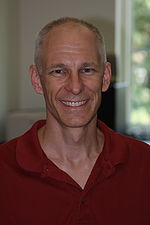 Thyroid hormones (TH) are key regulators of vertebrate metabolism and are thought to regulate the development of endothermy in mammals and birds. In order to better understand the effect of TH on development of metabolic physiology of an ectothermic species, we treated neonate American alligators with triiodothryronine (T3) or the thyroperoxidase inhibitor, methimazole, for 28 days to induce hyperthyroidism and hypothyroidism, respectively. We measured whole animal O2 consumption (VO2) by flow-though respirometry followed by isolated mitochondria respiration from cardiac muscle and hind limb thigh skeletal muscle. Whole animal VO2 of T3 and methimazole treated subjects differed significantly from control: hyperthyroid animals exhibited higher VO2 while hypothyroid animals showed lower VO2, independent of body mass. These differences were present after five days of exposure and were maintained through day 28. The LEAK and OXPHOS states of respiration of isolated cardiac and skeletal mitochondria from hypothyroid animals were significantly lower than in control and hyperthyroid animals. There were no differences in mitochondrial respiration between hyperthyroid and control animals. We provide support that T3 acts as a metabolic regulator of the American alligator at both the whole animal and mitochondrial level and plays a role in early development of neonate metabolism.