Abstract: The accurate quantification of cellular and mitochondrial bioenergetic activity is of great interest in medicine and biology. Mitochondrial stress tests performed with Seahorse Bioscience XF Analyzers allow the estimation of different bioenergetic measures by monitoring the oxygen consumption rates (OCR) of living cells in multi-well plates. However, studies of the statistical best practices for determining aggregated OCR measurements and comparisons have been lacking. Therefore, to understand how OCR behaves across different biological samples, wells, and plates, we performed mitochondrial stress tests in 126 96-well plates involving 203 fibroblast cell lines. We show that the noise of OCR is multiplicative, that outlier data points can concern individual measurements or all measurements of a well, and that the inter-plate variation is greater than the intra-plate variation. Based on these insights, we developed a novel statistical method, OCR-Stats, that: i) robustly estimates OCR levels modeling multiplicative noise and automatically identifying outlier data points and outlier wells; and ii) performs statistical testing between samples, taking into account the different magnitudes of the between- and within-plate variations. This led to a significant reduction of the coefficient of variation across plates of basal respiration by 45 % and of maximal respiration by 29 %. Moreover, using positive and negative controls, we show that our statistical test outperforms the existing methods, which suffer from an excess of either false positives (within-plate methods), or false negatives (between-plate methods). Altogether, this study provides statistical good practices to support experimentalists in designing, analyzing, testing, and reporting the results of mitochondrial stress tests using this high throughput platform.

Comment: Evaluation of variability between plates requires parallel measurements in different instruments, to eliminate differences due to measurements on different days.

Comment: All four edges contain 36 wells, leaving 60 available wells on a 96 well plate. Consider 12 wells for controls, then 48 wells remain for the experimental groups. With 12 repeats per group, four experimental groups can be tested per 96 well-plate, not considering outliers.

Selection of time points in each respiratory state 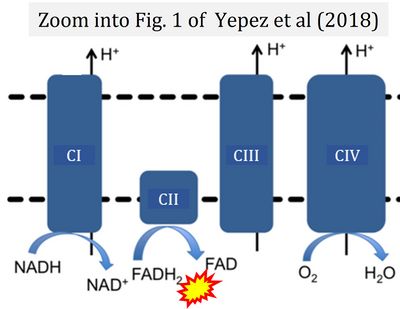