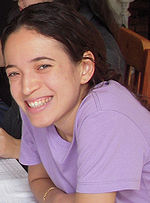 Tumor cells are characterized by different bioenergetic phenotypes compared to normal cells. This phenotype is influenced by changes in the microenvironment and tumor progression to metastasis. Classically, solid tumors display enhancement of glycolysis even when the oxygen tension is normal (aerobic glycolysis). However, recent results have suggested that mitochondrial function is important for tumor development control [1]. In our experiments we have taken advantage of the pleiotropic effects of histone deacetylase inhibitors (HDACis) to probe these changes. The literature highlighting the various effects caused by histone deacetylase inhibitors (HDACis), which induces accumulation of acetylated substrates, generating pleiotropics effects, as cell cycle arrest, differentiation and cell death [2]. Little is known about HDACis effects in the energy metabolism modulation. Recent studies have shown that HDACis are able to modulate the glycolytic metabolism and mitochondrial function from highly glycolytic lung tumor cells [3].

In this context we have investigated sodium butyrate (NaB), a histone deacetylase inhibitor that alters the energy metabolism in breast tumor cell lines at different stages of tumorigenicity: MCF-10A (non-tumorigenic), MCF-7 (tumorigenic, non-metastatic), T47D (tumorigenic, metastatic) and MDA-MB-231 (tumorigenic, highly-metastatic, invasive and aggressive). We observed that NaB treatment induced an attenuation of glycolysis, reflected by a decrease in lactate release in MCF-7 and T47D lines. Furthermore, the treatment induced an increase in ROUTINE, LEAK and ET-pathway respiration in T47D and MDA-MB-231, while no change was observed in MCF-10A AND MCF-7. Interestingly, we observed an increase in residual oxygen consumption (ROX) of T47D and MDA-MB-231, suggesting that NaB can induce other oxidase activities.

These distinct alterations after treatment with NaB suggest a relevant question: Are there different effects depending on cell metabolism with others cancer drugs? Taken together, these results demonstrate that cell’s bioenergetic profile has an impact on the effect mediated by HDACi and show the importance of tumor metabolic characterization before drug treatments.