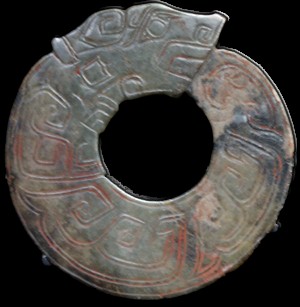 Before departing for the Greenland 2004 expedition, Erich Gnaiger strolled through the Kierkegaard graveyard in Copenhagen, observing a suprising variety of Ouroboros emblems - symbols of transformation and eternal recycling (2004-02-22; photo by Erich Gnaiger).

An excursion at the FLAWOPIRYNIA conference in Lodz to Krakow (2012-10-25 to 26) revealed two Ouroboros emblems (photo by Prof. Cezary Watala).

A web search revealed possibly another Ouroboros from Krakow: flickr.com (2012-10-28).

Oroboros collection: eating its own tail 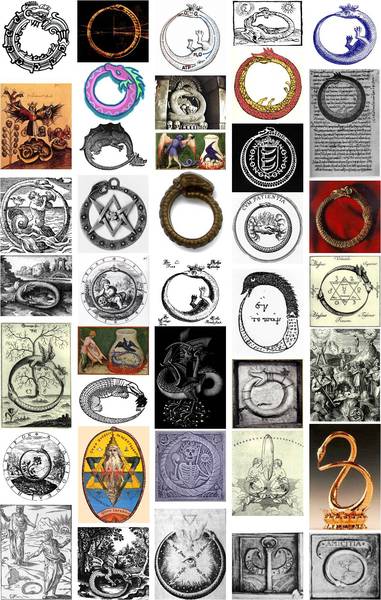 'Lady Lovelace, no less than Babbage, was profoundly aware that with the invention of the Analytical Engine, mankind was flirting with mechanized intelligence - particularly if the Engine were capable of "eating its own tail" (the way Babbage described the Strange Loop created when a machine reaches in and alters its own stored program). In an 1842 memoir, she wrote that the A.E. "might act upon other things besides number". While Babbage dreamt of creating a chess or tic-tac-toe automaton, she suggested that his Engine, with pitches and harmonies coded into its spinning cylinders, "might compose elaborate and scientific pieces of music of any degree of commplexity or extent."'
Douglas R Hofstadter (1979) Gödel, Escher, Bach: An eternal golden braid. A metaphorical fugue on minds and machines in the spirit of Lewis Carroll. The Harvester Press.

Oroboros picture of the month