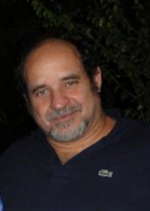 NO (nitric oxide) is described as an inhibitor of plant and mammalian respiratory chains owing to its high afﬁnity for COX (cytochrome c oxidase), which hinders the reduction of oxygen to water [1]. In the present study we show that in plant mitochondria NO may interfere with other respiratory complexes as well [2]. We analysed oxygen consumption supported by complex I and/or complex II and/or external NADH dehydrogenase in Percoll isolated potato tuber (Solanum tuberosum) mitochondria. When mitochondrial respiration was stimulated by succinate, adding the NO donors SNAP (S-nitroso-N-acetylDL-penicillamine) or DETA-NONOate caused a 70% reduction in oxygen consumption rate in state 3 (stimulated with 1 mM of ADP). This inhibition was followed by a signiﬁcant increase in the Km value of SDH (succinate dehydrogenase) for succinate (K of 0.77+/- 0.19 to 34.3 +/- 5.9 mM, in presence of NO). When mitochondrial respiration was stimulated by external NADH dehydrogenase or complex I, NO had no effect on respiration. NO itself and DETA-NONOate had similar effects to SNAP. No signiﬁcant inhibition of respiration was observed in the absence of ADP. More importantly, SNAP inhibited PTM (potato tuber mitochondria) respiration independently of oxygen tensions, indicating a different kinetic mechanism from that observed in mammalian mitochondria. We also observed, in an FAD reduction assay, that SNAP blocked the intrinsic SDH electron ﬂow in much the same way as TTFA (thenoyltriﬂuoroacetone), a non0competitive SDHinhibitor. We suggest that NOinhibits SDH in its ubiquinone site or its Fe–S centres. These data indicate that SDH has an alternative site of NO action in plant mitochondria [3].