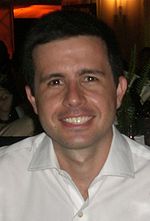 We conclude that gender dimorphisms for the mitochondrial functions evaluated here is tissue-specific and is confined to higher maximal ADP-stimulated respiration in isolated liver mitochondria from female rats.