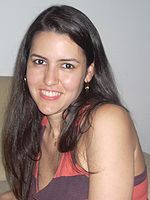 The classic bioenergetic phenotype of cancer cells, an enhanced glycolysis with concomitant production of lactate even in high oxygen tension, was described by Otto Warburg approximately 90 years ago. However, the Warburg hypothesis does not necessarily imply mitochondrial dysfunction. Current thinking considers tumor cells as adapted to an oxygen gradient within the tumor mass. Those cells exposed to oxygen will utilize the gas and those found in hypoxic regions of the tumor will adjust by means of metabolic symbiosis. Tumor cells exhibit accelerated growth as well as metastasis, two major events that must be supported by sufficient energy supply. This can be translated as metabolic reprogramming that up-regulates pathways that ultimately increase the rate of ATP production, synthesis of lipids and redox balance. According to Smolková et al. [3] the process of carcinogenesis is guided by waves of gene expression that promote these metabolic changes. The energy metabolism of cancer cells is very heterogeneous. Indeed not all tumor cells display a high glycolytic flux as proposed by Warburg. Similarly, not all cancer cells grow fast and show intense anabolism. Furthermore, progression to metastasis appears to require mitochondrial function, a hypothesis that is compatible with the results obtained by our group. In order to show this, we resorted to a murine model of melanoma. In this model a melanocyte cell line was subjected to several cycles of adhesion impediment, which produced stable cell lines exhibiting phenotypes corresponding to a progression from non-tumorigenic to metastatic cells. The different stages of malignant transformation were as follows: Non-tumorigenic cells melan-a (ma) (original murine melanocytes); non-tumorigenic cell line 4C (obtained after 4 cycles of adherence abrogation); non-metastatic 4C11- and metastatic 4C11+ melanoma cell lines, which were obtained by diluting the cells from the spheroids of the 4C cell line. The metabolic profile of each of these different cell lines was investigated by evaluating enzyme activities and expression of members of the glycolytic and oxidative pathways. Our results showed that metastatic cell line (4C11+) released the highest amounts of lactate and exhibited high LDH activity, typical of the Warburg effect. In contrast, results obtained with high-resolution respirometry with 4C11+ intact cells showed an increased oxidative metabolism, with enhanced rates of oxygen consumption coupled to ATP synthesis when compared to the other pre-malignant stages. Moreover we observed an increase in succinate dehydrogenase (Complex II) activity in these cells. Concomitantly, we detected an increase in activity of the electron transport system (ET-pathway capacity). We did not observe an increase in mitochondrial content, mitochondrial biogenesis, nor alterations in fusion and fission process. These results suggest enhanced OXPHOS. This was thought to be associated to metastasis, a condition which would benefit from unrestricted supply of oxygen. Detailed analysis of patterns in this and other models of tumor progression may reveal whether the modulation of the oxidative metabolism is a feature of the metastatic process. 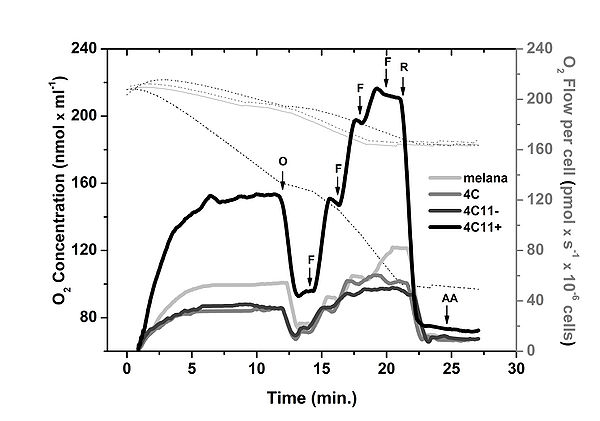 Retrieved from "https://wiki.oroboros.at/index.php?title=Amoedo_2012_Abstract_Bioblast&oldid=203280"
Category:
This page was last edited on 8 June 2020, at 10:16.
This page has been accessed 17,174 times.
Privacy policy
About Bioblast
Disclaimers